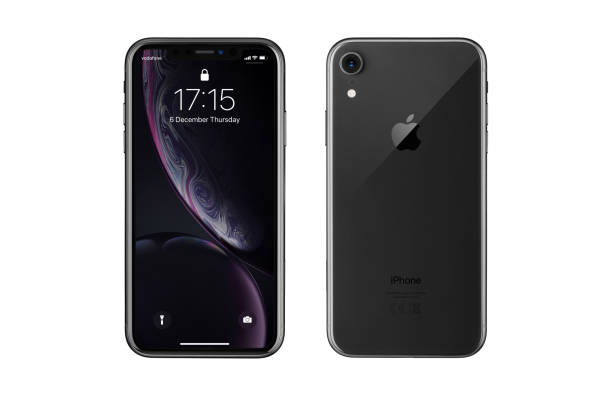 Introduction
The iPhone 13 Mini may be the smallest model in Apple's 2021 line-up, but it hasn't lost many
features compared to the larger iPhone 13.

Apple has to be commended for continuing to offer a flagship phone that is much smaller than its
competitors, even though the previous model wasn't as big a hit as hoped.

This time around, there have been big upgrades to the camera and, most importantly, battery life. Is
it really a better device?

Design and screen
20% smaller notch
Brighter OLED display
Same IP68 rating and ceramic shield as the iPhone 12
The iPhone 13 Mini looks just like the regular iPhone 13, but it's noticeably smaller. It's for people
who think most new phones are too big, too heavy and don't fit easily in a pocket or small bag.

Whether you like the miniature size of iPhone 13 or not depends on your personal preferences. And
if you're into mobile gaming or watching videos, the 13 Mini's shape won't suit you. On the other
hand, if you're looking for a phone that's easy on the pocket and easy to hold in one hand, the
iPhone 13 Mini is the perfect phone for you.

My colleague Tom has been using the 12 Mini since it was first launched and says it has changed the
way he uses his phone in general. The smaller size makes it easier to pick up on crowded public
transport, and he says he takes more photos. I'd like you to try it out and see if it works for you.

The actual size is almost the same as iPhone SE 2 and iPhone 8. But the larger display means you can
fit more things on the screen, and if you're using an iPhone 8 or newer, you'll feel right at home.

Size aside, the design is the same as the larger iPhone 13 – Apple moved away from a curvy design
with the iPhone 12, so it's no surprise to see this design carried over for a second year. The sides are
matt aluminium, flat like the iPhone 5 and the original iPhone SE, and the back is made of glass.

Compared to the iPhone 12 Mini, there are three obvious changes in the design. First, the camera
module that houses the new (and much improved) dual cameras on the back is larger and more
prominent. It's bigger, but the effect is obvious once you start shooting. Another notable change is
the display, where the notch has been reduced in size by around 20%. The notch takes up a lot of
space and is the most egregious feature of the Mini. So while the reduction in size is welcome, it's
unlikely to change our overall opinion of the notch.

Given that Apple has added a notch to the latest MacBook Pro, it's hard to see the notch
disappearing from mobile phones any time soon. We may see an iPhone 14 without the notch, but I
think it will be around for a few more years on cheaper devices.

The final change is a new colour variant for the iPhone 13 Mini: Starlight, a headline-grabbing silver
body with a hint of gold. There is also a very deep Product (RED).

In addition to these colours, Midnight is available in a very dark blue, almost black (pictured in this
review), as well as a lighter blue and a lighter pink. It's a shame that we don't have the mint green
and purple that we liked in the iPhone 12 series, but there are still enough colours to go around and
it's nice to see so much variety.

Apple calls the glass that covers the front and back of the unit the 'ceramic shield', and after using
the iPhone 12 for a year, it's fair to say it's tougher than it looks. You'll probably have to wear a case
or screen protector anyway, but it's nice to know that as long as you're careful, it's quite durable
without one. The iPhone 13 Mini is also IP68 water resistant.

What sets the iPhone 13 and 13 Mini apart from the Pro range is their display. All models use OLED
technology for deep blacks and high contrast, but the cheaper models don't use ProMotion adaptive
refresh rate technology – they use the standard 60Hz panel that's been on every iPhone to date. The
faster 120Hz means that once you're done with the display, you'll be able to see the difference.

Once you've used the faster 120Hz, it's hard to put it down. Everything feels so much smoother –
scrolling, swiping, gaming – and animations and movements are so much faster. However, the 60Hz
screen on the iPhone 13 Mini is one of the best I've tested, so I'm happy enough with it.