Three days ago, on September 14, 2021, the official unveiling of Apple's new products took place.
Among others, the manufacturer revealed the long awaited smartphones – iPhone 13, iPhone 13
Mini, iPhone 13 Pro and iPhone 13 Pro Max. For our part, we have studied the materials shown by
Apple employees and made preliminary conclusions about the design and technical capabilities of
the new smartphones. As a result, today we will briefly talk about the most important features and
capabilities of iPhone 13, as well as compare iPhone 13 and iPhone 12 to clearly show the major
innovations introduced in iPhone 13.

Before moving on to the description of the smartphones features and functionality, we will answer
the most popular September question from Russians, who are fans of American brand products:
&quot;What is the iPhone 13 release date in Russia?&quot; According to officially confirmed information, pre-
orders for new iPhones will be available in most shops starting from September 22, and the devices
themselves will go on sale in the country on September 24.

That is, the official arrival of the iPhone 13 on shop shelves will take place in about a week. If you
want to be among the first buyers, we recommend placing a pre-order in time. Moreover, according
to experts, at the first time demand for new items will be high, which means that the decision to pre-
order the iPhone 13 is justified.

Along with the release date were announced and the recommended price of the iPhone 13.
According to preliminary data, residents of the Russian Federation will be able to buy the iPhone for
the following amounts (rounded): 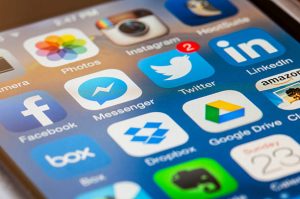 Dartmouth, Nova Scotia, Canada – March 23, 2014: A macro of a home screen of an iPhone model device. Various icons visible including Facebook, Twitter, LinkedIn with online storage options such as Box, Dropbox, Google Drive, and Amazon Drive also visable among other apps. Focus on middle of screen.

The significant variation in prices is due to the availability of smartphone versions that differ in the
amount of internal memory. The more memory, the higher the price. Since there is no separate slot
for a memory card in the iPhone 13, you should choose the model of the device very carefully, taking
into account the amount of data (apps, videos, photos, etc.) that will presumably be stored in the
device's memory.

Next, we'll take a pair-by-pair look at the iPhone 13 variations presented. We'll start by looking at the
iPhone 13 and iPhone 13 Mini pair. We will outline the main features of the devices, talk about their
design and display parameters. In addition, we will talk about the features of the cameras and
battery life of the devices. For the readers' convenience we will immediately compare the new
models (iPhone 13) with their predecessors (iPhone 12), showing what innovations Apple has
implemented in these devices.

To begin with, we traditionally publish images that detail the specifications of the smartphones, so
that readers can evaluate the capabilities of the devices themselves. Right away we should say that
the iPhone 13 and iPhone 13 Mini differ only in a few parameters – size, weight and battery life. The
iPhone 13 is larger, heavier and has a noticeably longer battery life. Otherwise, the devices are
identical, both in terms of design and performance.

The most significant design innovations (compared to the iPhone 12) are the change in the
appearance of the rear camera (the sensors are now placed diagonally) and the reduction in the size
of the front camera system (TrueDepth) by 20%. Otherwise, there are no differences (at least not
significant ones). Although even these two innovations (judging by the reaction of fans) were enough

for the public. First of all, thanks to the new design of the rear camera unit. The presented solution
stands out too much against the design of the iPhone 12.

The list of available colours has also changed slightly. The iPhone 13 and iPhone 13 Mini will be
available to buy in five colours – red, pink, black, white and blue. Green and purple have not been
announced at the moment.

The display performance (compared to the 12 version) hasn't changed too much. The iPhone 13 and
iPhone 13 Mini use OLED screens with a refresh rate of 60 Hz and a resolution of 2532×1170 (iPhone
13) or 2340×1080 (iPhone 13 Mini). That is, most of the indicators that are responsible for picture
quality has not changed. Only the brightness increased (800 Nits in normal mode and 1200 Nits when
viewing content in HDR format).