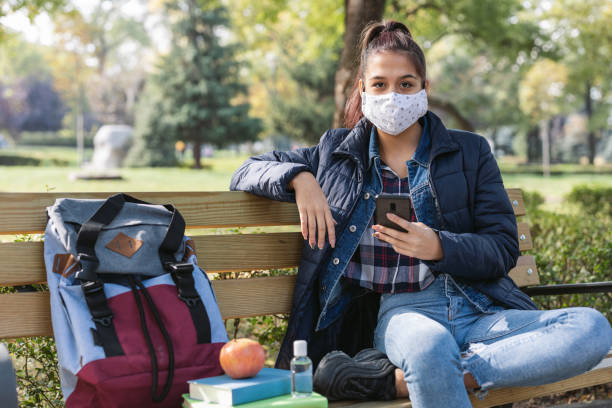 Scheduled for September 2021, Apple's next iPhone 13 is starting to unveil. There are many rumors
that allow us to learn (a little) about their photo and video sensors. Thus, the iPhone 13 Pro and Pro
Max would share the same photo module. Both would thus benefit from the IBIS stabilization of the
main sensor.

The next iPhones are revealed (a little bit)
The next generation of iPhone is not due for release until September. However, rumors are rife. The
lines of the next models are emerging with increasing precision. Thus, the iPhone 13 should use the
aesthetic codes introduced with the iPhone 12. Logically, we should therefore find the &quot;famous&quot;
notch (introduced 4 years ago with the iPhone X). The iPhone 13 would also take the characteristic
straight edges of their predecessors.

The main sensor of the iPhone 12 Pro Max, surrounded by the 4 magnets dedicated to the
stabilization of the sensor (IBIS). © iFixit

Particularly effective on the iPhone 12 Pro Max, this technology is based on the use of 4 magnets,
placed around the main sensor. Widely used in the world of mirrorless cameras, this system uses the
micro-movements of the sensor to reduce camera shake and vibration. The goal: to increase the
exposure time of photos (up to 10 seconds with &quot;Night mode&quot; with the main sensor) and to smooth
the rendering of videos. This is particularly evident in the video below from 0:08 and 1:12.

Currently, this technology is the exclusive preserve of the iPhone 12 Pro Max, creating a notable
difference between the &quot;Pro&quot; and &quot;Pro Max&quot; versions. If this rumor were to prove true, the arrival of
Sensor Stabilization (IBIS) would be great news for consumers wanting a more compact smartphone
without compromising on functionality. According to information available to MacRumors, IBIS
stabilization could also make an appearance on the “classic” iPhone 13 – but this should be taken
with a grain of salt.

The triple back end module of the iPhone 12 Pro Max, seen under x-rays. © iFixit

Thus, Apple would (finally!) Evolve the sensor of the &quot;Pro&quot; version, which had not evolved since the
iPhone 11 Pro. On the iPhone 12 Pro, we found the same 1 / 2.5-inch type sensor as on its
predecessor. Certainly very efficient, it remains small compared to the big names on the market,
which are getting closer and closer to the 1 inch type. For its part, the &quot;Pro Max&quot; version boasted of
offering a &quot;47% larger&quot; sensor (than the Pro version). 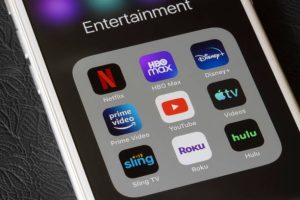 In fact, Apple would therefore (finally) erase one of the main differences between the photo module
of the &quot;Pro&quot; and &quot;Pro Max&quot; versions. The arrival of a larger sensor for the iPhone 13 Pro would
definitely be good news for photographers and videographers.

Last but certainly not least, the iPhone 13 Pro would also inherit the 2.5x zoom (65mm equivalent)
already present on the iPhone 12 Pro Max. Here again, good news for those who like to capture
distant subjects … This zoom is nevertheless quite timid compared to certain competing models –
sometimes at the cost of image quality, it is true.

Few developments for the iPhone 13 Pro Max?
For its part, the iPhone 13 Pro Max would undergo few changes compared to its predecessor. The
latter would keep its triple dorsal photo module. The size and resolution of the different sensors
should also remain the same, says analyst Ming-Chi Kuo, one of the most trusted sources for Apple
products.

The latter, however, indicates that the aperture of the main lens could drop from f / 1.6 to f / 1.5. A
rather marginal change, which illustrates Apple's desire to remain on a similar configuration from
one generation to another. Also according to Ming-Chi Kuo, Apple would seek more to improve its
various models, rather than introducing a real hardware revolution, prpreferring to focus on the
software part.

An approach that may seem resolutely against the current of certain competing brands, which are
trying to stand out by multiplying photo sensors and relaunching the race for the number of millions
of pixels.

Concretely, the photo modules of the iPhone 13 and 14 should therefore remain on technical bases
similar to those we already know on the very successful iPhone 12 Pro and 12 Pro Max. No need,
therefore, to fantasize about the arrival of 48, 64 or 108 Mpx sensors, nor on very long range
telephoto zooms (like the x10 zoom of the Samsung Galaxy S21 Ultra).

What other developments for the 2021 iPhones?
Moreover, the new generation of iPhone could experience some notable developments. They should
therefore accommodate a new Apple A15 chip and a faster 5G connection. There are rumors that the
screen refresh rate has increased to 120Hz (compared to 60Hz currently). The screen could indeed
evolve, as Apple has shown with the iPad Pro 2021 and its Liquid Retina display.

Likewise, the notch could be a little narrower than in the past. As a &quot;mask&quot; effect, Apple was also
working on the (re) integration of the Touch ID fingerprint reader, but this time within the screen,
like what the competition has been offering for a while. At the bottom of the device, the Lightning
port would still be there, and would not be replaced by a USB-C port, surely to maintain continuity
with the many accessories available for the iPhone.

There are rumors that the Touch ID reader is making a comeback, and will be integrated into the
bottom of the screen of 2021 iPhones.

Obviously, all these rumors are to be taken in the conditional. We will have to wait a few more
months before the real characteristics of the new models are unveiled by Apple, next September.
The latter will have to face particularly fierce competition, embodied by Samsung, but also by the
various Chinese players (Xiaomi in the lead).

Finally, even the name of the next iPhone remains subject to caution, due to the possible
triskaïdekaphobia of some consumers. Some people have a phobia of the number 13, it is plausible
that Apple seeks to avoid it for the name of its iPhone made in 2021.